The IR Global League was ”Kicked Off” in Frankfurt by

Corporate Access has become a buzzword in the financial markets this century, where investor relations globally is becoming more and more developed. The delivery of corporate access has become a more important task for brokers over the last decade as markets have globalised. Our main part “the deconflicting part” therefore becomes more important each year.

IR Global League (IRGL) diary or “Air Traffic System” aims to help the planners with deconflicting, as well as reaching the pure investor at the front end. It has also been developed by the IROs own federation in order to be neutral to all parties.

We have developed the New Diary togehter with a Classic Swedish Clock Manufacturer who has several high-end models in the market. If you want to know more about our partner just click on their logo or this link to... Sjöö Sandström

If you just click on the clock on the home page…. it will open and you will be able to start searching for future events globally…

History from IIRF to IRGL -

The  IIRF, International Investor Relation Federation, was originally the brainchild of
Neil Ryder and Lou Thompson  (respectively the heads of the UK and US investor relations societies) together with France and Denmark, to increase the transparency between all capital markets in the world. It was focused mainly on an annual International Conference. The Chairman Lynge Blak grow the member base from 4 to 35  for members of the national investor relations societies, which ran  from 1990 to 2007 when the last IIRF Conference took place in Tokyo, Japan. Today the IIRF network lives a more informal life under Global Investor Relations Network

The IRGL or Investor Relations Global League was developed from the IIRF. It started with the Nordic Pilot launched by Financial Hearings and the Nordic IR Societies in 2002, as an “air traffic system” for financial events and financial presentations. It was formally launched together with IIRF as IRGL, IR Global League, in 2003 to create a “mutual exchange of event information”.

Note : IRGL will mainly not produce any events of its own, but has its own rating model and can give advice on presentations together with its many partners. IRGL has been operating since 2003 from London and for more than 10 years it has provided an event diary service. From 2013 the main operation moved to Stockholm and in the Nordic region it has also served the market with yearly and quarterly”conflict reports”. The relaunch of IRGL will now smoothly start in the Nordic Region by covering reporting and event dates among 200 Global companies as well as 500 Nordic Companies.

The Vision of the IRGL is to be an “Air Traffic System” for financial events, providing a “mutual information exchange” between market participants. The Global League name is an odd contrast in the financial market but, like other leagues, markets are built on arenas (venues) and clubs or brands (companies) and with star personalities (CEOs, CFOs, IROs and moderators)

IRGL Limited is based in London and has an office in Stockholm where some of the daily operations are run.

IRGL Limited: Management and Board

Neil Ryder, Sage Partners, founder of both IIRF and IRGL 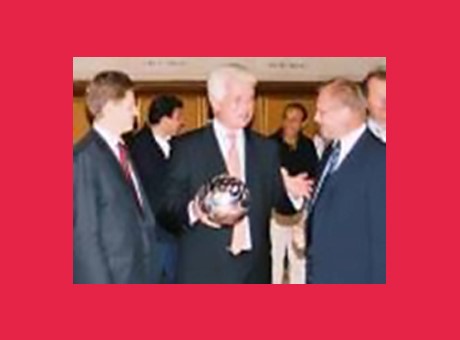